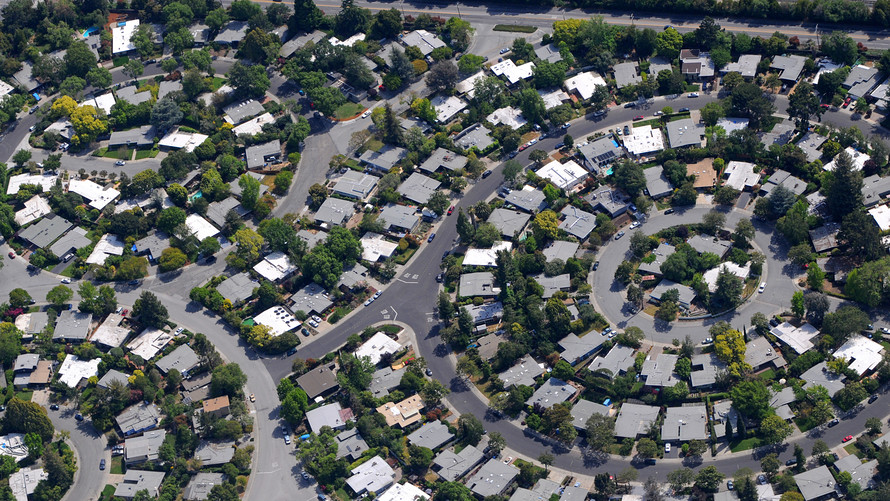 Ride-sharing service Uber’s initial public offering is expected to attract high demand from investors. And experts say that could have major implications for home buyers and owners in the San Francisco Bay Area.

Uber disclosed Thursday that it had filed for an initial public offering, which some are calling the most anticipated since Facebook. And it’s just one of many major tech companies that will go public this year.

Uber’s rival Lyft LYFT, +0.65%  already went public this year. The first trade was executed for $87.24, well above the company’s $72 IPO price. Since then shares have dropped below $60, especially on the news of Uber’s IPO filing.

For residents of the San Francisco Bay Area and its surrounding communities already swimming in money from Silicon Valley millionaires, these IPOs could make it even more difficult to find a home at an affordable price, especially if these companies’ employees are among their neighbors, according to a recent report by real-estate website Zillow ZG, -2.15%

Zillow examined the link between Facebook’s IPO FB, +1.19%  in 2012 and rising home prices across the Bay Area and found that home values rose more quickly in neighborhoods with higher concentrations of Facebook employees after the social network became a publicly-traded company.

Specifically, every 10 Facebook employees living in a given U.S. Census tract at the time of the IPO were associated with an extra 1.6-percentage-points increase in home values over the following year, the report said.

A separate report released in February by researchers at University of California, Los Angeles and Pennsylvania State University concluded there’s a “positive impact” of IPOs on local housing prices in California from 1993 through 2017.

“House price indexes increase more within 10 miles of IPO headquarters than in the surrounding area by 1% after filing and 0.8% after issuing but approximately zero after lock-up expiration,” the study found. “This result suggests that original shareholders change their housing demand when their wealth changes but not when liquidity constraint is relaxed. The impact is larger when the wealth increase by IPO is larger.”

These reports come as Bay Area tech leaders including Facebook FB, +1.19% Chief Executive Mark Zuckerberg and other companies and philanthropists have said they plan to address the housing crisis by raising $500 million to build 8,000 homes, the Wall Street Journal reported. That announcement came just weeks after California Gov. Gavin Newsom asked the private sector to do more to address the home shortage.

In dollar figures, the median value home in a neighborhood with a high concentration of Facebook workers rose by an extra $20,800 between May 2012 and May 2013. Zillow cautioned that it couldn’t determine whether Facebook’s IPO alone caused that increase, as other factors likely drove home prices higher in those areas.

Nevertheless, homeowners who live in areas with a higher concentration of workers from companies planning IPOs should expect to see those corporate actions affect their home values, said Zillow director of economic research and outreach Skylar Olsen.

San Francisco’s housing market has cooled in recent months after years of skyrocketing prices, fueled by high demand. “These housing markets are slowing down,” Olsen said. “Something that may break that fall is the influx of money coming from these tech IPOs.”

Others say that 2019’s IPO boom in Silicon Valley isn’t guaranteed to boost home prices across the San Francisco Bay Area. For starters, the vast amount of wealth generated by these stock offerings will go to investors and not employees.

As San Francisco resident Clara Hogan argues, the housing boom argument also assumes that these IPOs will be a success. “Betting high on a deep-in-the-red company like Lyft is in line with what’s been happening on Wall Street during recent years as investors bet on unprofitable companies’ chances of being profitable like Facebook.”

“While Lyft is seeming to fare OK so far, whether other expected IPOs —like Uber, Slack, Pinterest, Airbnb, and Zoom — will hold up to their valuations (many in the tens of billions of dollars) is yet to be seen,” she adds.

TechCrunch suggests the IPO effect is currently not much more than “hype.” Even among those who do profit off the IPO and live in this region, only some of them will end up buying homes — but it won’t happen right away with all of them, and many will buy homes elsewhere.

“The estimated value of the companies going public sums up to about $200 billion, and their combined San Francisco workforce probably ranges somewhere from 10,000 to 15,000,” Issi Romem, chief economist at real-estate website Trulia, writes. “But does that mean 15,000 new home buyers will descend on the City of San Francisco in 2019 and spend $200 billion on homes? Certainly not.”

What’s more, taxes need to be paid, he adds, and stock options must be exercised. “An early employee with $10 million in newfound wealth might decide to pay $4 million to ensure they get what is otherwise a $3 million home,” he adds. “But they probably won’t put down the full $10 million, because even very wealthy people don’t like to give away money.”

Still, employees of companies that go public may receive bigger paychecks following an IPO, or shares of the company they already owned could grow in value.

Those extra funds could then make it easier for these workers to come off the sidelines and become first-time home buyers. In turn, that will create more competition for homes, particularly in neighborhoods near the company’s headquarters, which could then price other consumers out of the market, Olsen said.

The lessons learned from Facebook’s IPO don’t just apply in the San Francisco area. Olsen said consumers can expect to see a similar outcome near the headquarters of any company that has a notable IPO. However, many of the employees who work for major tech firms are younger and, therefore, more likely to be a first-time home buyer.

IPOs also aren’t the only corporate action that can have an effect on home prices. Zillow previously found that Apple’s AAPL, +0.36%  release of the first iPhone in 2007 was associated with higher home value appreciation in neighborhoods near the company’s headquarters in the following year than in the communities surrounding other major tech companies that didn’t release a major new gadget.