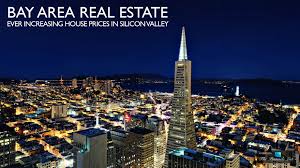 Now, she added, Bay Area properties “are worth it.”

The annual report, conducted by the institute and consulting firm PwC, surveyed more than 1,000 real estate professionals, investors, developers and bankers. Those surveyed considered a wide range of community features, including local economies, property prices, demographics and expectations for growth or stagnation.

Austin, Texas, Raleigh and Durham, N.C., Nashville, Charlotte and Boston grab the top spots for future growth and potential, according to the report. The cities share some common threads with San Jose and San Francisco — strong, growing economies, young workforces and renowned universities.

Experts believe the Bay Area economy will stay strong. San Francisco (ranked 12), San Jose (13) and Oakland and the East Bay (30) were viewed as strong markets among the top 80 metros ranked.

“Even though we are late in the expansion cycle, volatility in global financial markets, coupled with global geopolitical instability, continues to drive investors towards U.S. real estate,” the report says. “The asset class remains desirable as investors seek predictable cash flows from tangible investments.”

The Bay Area housing market has leveled off after a record run between 2012 and early 2019. The median price for an existing Bay Area home hit a record of $928,000 in May 2018 and has since dropped to $875,000 in July, according to real estate data firm CoreLogic.

Bay Area building permits have also stalled, dropping 16 percent in the past year. And new home sales this year hit monthly lows not seen for at least two decades.

But signs of construction — fenced-off building sites, closed roads, and high-rise cranes across city skylines — still abound throughout the region.

San Jose is expected to more than triple the number of new apartments from last year, as investors open about 6,000 units in 2019, according to Rent Cafe. The real estate firm estimates this year Oakland will add 1,850 units, Milpitas nearly 1,700 units, and San Francisco 1,200 apartments.

Gustavo Gonzalez, an investor and president of the Santa Clara County Association of Realtors, said the added tech jobs and Google’s ambitious expansion plans in San Jose make the city an attractive spot.

But he cautioned that rent control and other regulations in San Jose can make it difficult for existing owners, as well as investors looking to develop new housing.

“We could be way better,” Gonzalez said, adding, “If I take a step back and look at the big picture, there’s a lot of opportunity.”

Dan Ramas, a Keller Williams agent in Santa Clara, said many small investors in rental properties find better returns in outlying suburbs. For example, a $400,000 home in Tracy might yield a similar rent as a $1 million property in San Jose, he said.

The market has cooled from last year, he said, and interest rates have dropped. “It’s becoming a buyer’s market,” Ramas said. “This is the time for investors.”